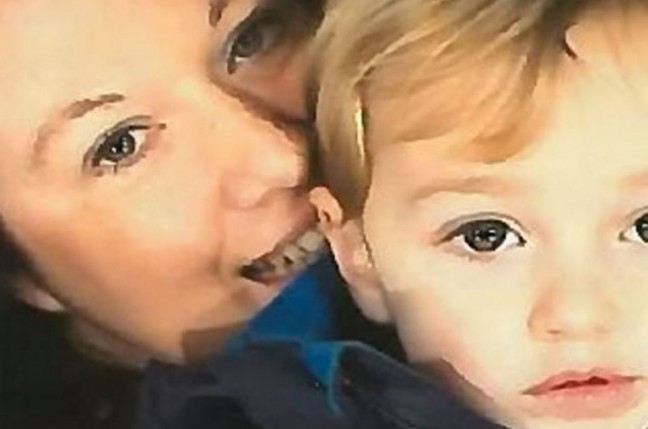 The papers and social media are full of discussions on the mother who has abducted her child following residence having been awarded to the father. A number of questions have arisen which we want to comment on.

Before we do, it’s worth noting that we support how the court has acted throughout from what has been said in the press. Matters appear transferred from magistrates to the higher court when contact broke down. Social workers and a psychiatrist involved to carry out an indepth assessment, with the court taking robust action. The expert involved was Dr Mark Berelowitz MB, BCh, MPhil, FRCPsych. Dr Berelowitz is one of the most highly regarded experts in his field. We recommend him. So we don’t believe any additional scrutiny of the court’s decision as to residence is required when the judge followed the recommendations of a man known for his impartiality, ability, fairness and expertise.

Should the mother have run with the child?

Absolutely not. Some are advocating this on social media and hoping the mother has left the country, citing a LibDem MP’s comments last year about a lack of justice in the family court. It’s a foolish thing for people to say. You can get justice in the UK family courts, but you have to remain calm and take a sensible approach.

We can also assure you that today, it’s impossible to disappear forever (or for long). It may take time to track down a parent with their child, but it invariably does happen (and especially when you know the adult’s details!). We won’t share the means of tracing parents in this article, but there are many.

What should the mother have done?

Stating the obvious first, the mother shouldn’t have made false allegations and should have supported contact for the father. Parents who make false allegations do not have their children’s best interests at heart. Their motives are selfish. While there are no shortage of social media forums where parents are told “oh the courts won’t do anything”, as we’ve seen in this case, that doesn’t always hold true.

Prior to the abduction, even when fact was found against the mother in respect of her allegations and residence awarded to the father, matters were not hopeless for her. Had the mother shown contrition at making false allegations and gone through having contact supervised, then matters may (and likely would) have progressed. Supervised contact can be very useful for evidencing that matters have progressed. Following a period of supervised contact, and having volunteered for counseling to address her difficulties, the mother may then have applied for contact restrictions to be lifted, moving to unsupervised contact and then overnights. We’ve helped many fathers achieve the same. What it requires is a degree of swallowing pride, and being prepared to jump through hoops to build trust with the court. Being a parent requires sacrifice sometimes, and if that is the only way to move matters forward (and has a good prospect of success) you’re foolish to ignore it. Following this, the court may even grant shared living arrangements once it can be demonstrated that your mindset, behaviour and circumstances have changed.

Such an outcome is invariably in the child’s best interests, where they have the benefit of both parents in their life without the warfare.

This strategy appears to have been in the court’s mind. It appears the judge hadn’t ordered no contact, had ordered supervised contact, and the facts of the case supported that decision. Supervised contact is rarely ordered if the court does not hold hope that matters may progress to unsupervised.

Should the mother have been jailed for perjury?

We were critical of Judge Wildblood’s case management in another case last week, but not in this one. The judge could not be expected to know that the mother would run. Most people do not abduct their children when residence is awarded to the other party. There had been consequences to her lying in court and not supporting her child’s other relationships. As we said in an article earlier this week, that the decision on residence was as much (or more) likely about awarding residence to the parent most likely to promote contact and act in the child’s best interest interests as one related to punishment.

So back to the question ‘Should the mother have gone to jail for perjury?’ The absence of punishment for perjury means that:

The motives behind perjury have to be a factor though. Are the allegations entirely malicious and selfish? If so, then jail seems appropriate. There are times though when allegations are made due to genuine anxiety or as a result of mental health difficulty. Where this is the case, therapeutic support is not only far more appropriate, but more likely to reduce the chance of difficulty in the future. Dr Berelowitz’s analysis would no doubt assist which course of action is more appropriate.

Should the mother be jailed for abduction?

With so public a case, I think the mother should (subject to psychological assessment), as should any family members who have withheld information in relation to her whereabouts. The message must be clear to both the mother, family and public that when an order is made it must be followed, and compliance is not optional.

The most aired comment in the past two days has been “if a father had abducted the child because residence was granted to the mother, they’d be locked up”. I wouldn’t disagree, and because a mother abducts the child shouldn’t affect how the court responds.

The maternal aunt, Caroline Minnock has (unhelpfully) commented in press reports “I know for a fact now that she won’t see him again. She won’t even get visitation.” Others have written she shouldn’t. Caroline Minnock does not know this for a fact. It’s another unhelpful, emotionally charged and subjective comment as are comments claiming conspiracy or unfair treatment of the mother.

No one quite knows what will happen next. Personally, my belief is the mother should be punished and then the court should return to its original strategy of supervised contact, however this is said without sight of the case history and reports. It may be that the court orders that until the mother has undergone therapy and has evidence she has changed her position, contact will not move from unsupervised. Also, that if the mother behaves inappropriately during supervised contact sessions, then contact may cease entirely. Neither would be unreasonable approaches given her behaviour.

Other family members are defending the mother’s actions. “She’s a great mum and she’s done nothing wrong.” Being a great parent includes supporting your child’s relationship with the other parent. Until that fact seeps into people’s consciousness, they’ll make similar mistakes. In a case involving alienation and a female child, Lord Justice Ryder made the following comments “The submission made on behalf of the mother that her care of the child had in all (other) respects been good or even better than good simply misses the point. More than that level of care was needed to protect this child from her own mother.” Contact denial without good cause is child abuse, and not done through love, but for selfish reasons. Her family does little to help her by not acknowledging what she did was wrong. If anything, their public comments of support and lack of criticism shows that the mother’s environment is one where her unacceptable behaviour is supported by family, raising concerns as to whether it will change.

Despite this, we don’t fall into the “lock the mother up for life” camp. Our hope is that the mother can learn and change and then the child can have a full relationship with both of their parents. The mother first will have to regain the court’s and father’s trust, and she’s the one who bears the responsibility for this being a more difficult task. She may face jail for her actions and we’d support that decision because there must be consequences for breaking court orders and especially in relation to abduction. Regardless of the punishment, the issue of contact should remain separate, although is now made more complex when considering safeguards for the child.