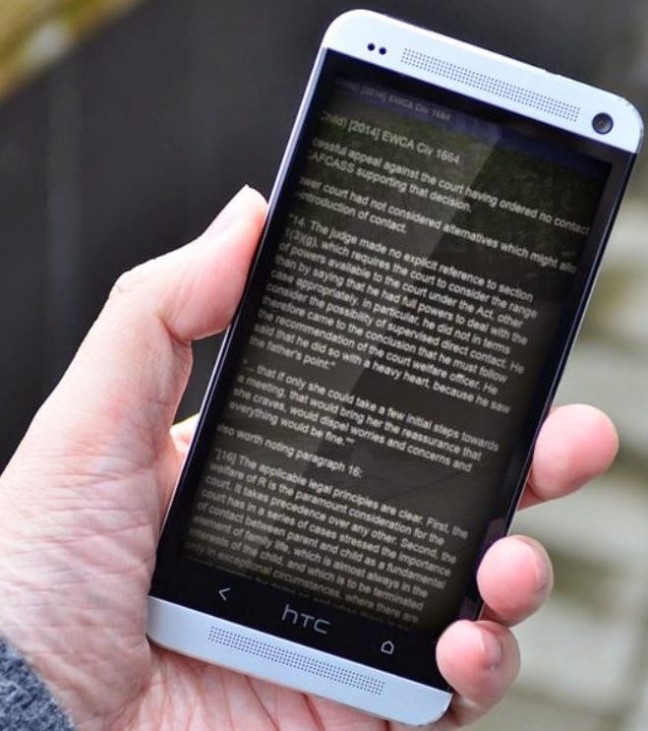 A successful appeal against the court having ordered no contact with CAFCASS supporting that decision. The lower court had not considered alternatives which might allow the re-introduction of contact.

“14. The judge made no explicit reference to section 1(3)(g), which requires the court to consider the range of powers available to the court under the Act, other than by saying that he had full powers to deal with the case appropriately. In particular, he did not in terms consider the possibility of supervised direct contact. He therefore came to the conclusion that he must follow the recommendation of the court welfare officer. He said that he did so with a heavy heart, because he saw the father’s point:

… that if only she could take a few initial steps towards a meeting, that would bring her the reassurance that she craves, would dispel worries and concerns and everything would be fine.”

It is also worth noting paragraph 16:

“[16] The applicable legal principles are clear. First, the welfare of R is the paramount consideration for the court. It takes precedence over any other. Second, the court has in a series of cases stressed the importance of contact between parent and child as a fundamental element of family life, which is almost always in the interests of the child, and which is to be terminated only in exceptional circumstances, where there are cogent reasons for doing so and when there is no alternative. Contact is to be terminated only where it would be detrimental to the child’s welfare. The judge has a duty to promote such contact and to grapple with all available alternatives before abandoning hope of achieving some contact. Contact should be stopped only as a last resort and once it has become clear that the child will not benefit from continuing the attempt. The court should take a medium to long term view and not accord excessive weight to what appear likely to be short term and transient problems. The key question is whether the judge has taken all necessary steps to facilitate contact, as can reasonably be demanded in the circumstances of the particular case; Re C (a Child) [2011] EWCA Civ 521.”

The case is encouraging, and looks to the long-term in respect of the importance of assisting the rebuilding of the parent/child relationship. The child was 11 years old and there had been a gap of 7 years between contact, with indirect contact starting in 2012 which was unproductive. The lower court had left matters to the child in respect of contact happening in the future. At appeal, Lord Justice Christopher Clarke said:

“18. The effect of the judge´s order is to preclude all contact between father and daughter, even indirect, unless R should choose otherwise. It contains no provision which might encourage or facilitate contact in the absence of R making that choice. Such an order is rightly described as Draconian.”

You’ll find this summary on our Parental Alienation and Intractable Contact Dispute Case Law Library (at the bottom of the list of judgments). To go directly to the judgment to read it or download it, click the on the following link.