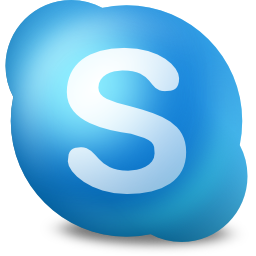 Reposted as we’d originally given a reference of C and B (A Child: Relocation) [2015] EWHC 456 (Fam) and it’s commonly being referred to now as Re R. The neutral citation remains unchanged. Worth reminding yourself of the case, as it still isn’t commonly known, but is very pertinent to leave to remove cases and addressing arguments that Skype contact is a sufficient substitute to face-to-face care.

The mother sought leave to remove to enable her to relocate the child to Hong Kong to take up employment there. This case made headlines (in the Daily Mail) for the observation that Skype was no panacea to a lack of physical contact. The judge observed:

“Miss D. thought that Skype could be beneficial for a child even as young as two because the child could see who they were talking to, but the mother’s proposals do not take account of time lag, competing interests in a child’s life, what a two year old talks about on consecutive days, etc. Also leaving aside the technology and timing issues, the disadvantages of Skype – as any user will know – are all too often the lack of clarity of image, the sound delay even if short, and, as Miss Mills colourfully notes in her closing submissions, “You can’t hug Skype”.

The mother’s past conduct in relation to contact and what might be viewed as controlling tendencies and a lack of recognition of the importance of the father’s role in the child’s upbringing were also significant factors in her leave to remove application being refused.

Where the relocating parent is proposing Skype/telephone contact with young children, this judgment is worth bringing to the court´s attention, and the Honourable Mr Justice Wood’s opinion as to Skype (given his tech-savvy experience… which isn’t always universal among CAFCASS and the judiciary).

This judgment shows the detailed, critical analysis of proposals and history which is essential in leave to remove cases, and in our opinion, exemplary.

The judgment is available to read via the links below: