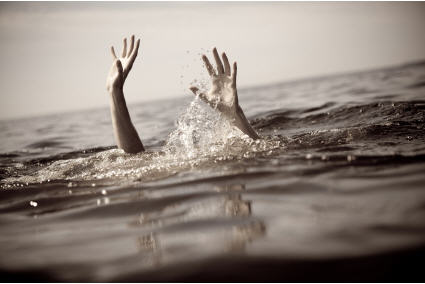 What points came from that programme? Nothing surprising to those involved in supporting people through the family court. Ken Clarke and the Government out-of-touch, and light on empathy, and bewildered parents struggling to secure a relationship with their children.

Can an ‘ordinary’ person represent themselves in court. Yes, so long as they’re reasonably articulate and managing their stress. One commentator said, the most important thing for a litigant-in-person to know is the court’s procedure, going into court with the right attitude, and remaining calm. I wouldn’t disagree, but knowledge of some of the finer points of case law can dramatically change a litigant’s prospects. Without that knowledge of court process and an ability to articulate an argument, things can go badly wrong.

For the vulnerable, those suffering depression, traumatic stress, who have other mental health or specific learning difficulties, the barriers to justice are huge, and often insurmountable. Helping one of these people who simply couldn’t gather their thoughts this week is the reason I’ve only just had a chance to view the Panorama programme. This came following having been asked to help write a position statement, ordered by the court. The parent had been given my number by a charity worker, with the paperwork needing filing within 24 hours because the bemused litigant had sat on the order. Reading through the paperwork, it became apparent that no other statements had been filed, despite matters arriving at a final, several day hearing, with serious welfare matters under consideration and a Guardian-ad-Litem having been appointed. Why had they been appointed? There were serious welfare concerns. Yes, the case needed a position statement, but also a request to file a statement and evidence, and a skeleton argument on behalf of the litigant concerned.

Is it scandalous that none of this had been ordered in the previous year of litigation? That the litigant had not had it suggested to them to ask to file a statement and evidence? That the judge hadn’t ordered this? That no skeleton argument was prepared where authorities could be referred to in support of their case? Absolutely. A second case involved significant Article 6 and 8 human rights violations where the number of grounds for appeal hit double figures. How can I be so confident they are strong grounds for appeal… they are identical grounds to a number of cases heard in the past 12 months where appeal has been successful… and I do mean identical!

At The Custody Minefield, we’ve spent 3 year process mapping family law within our guides. Will they help the very vulnerable… probably not. We can’t eradicate the complexity that’s in the legal system and what happens when the judge is ignorant of the law and of developments in common law. For the normal parent, they’ll improve their prospects, and may make the difference between justice and a farce.

For the ordinary parent, our guides will help them navigate the legal system and shape their arguments.

We’ll have new content published next week… and a new family law quiz coming to you on Tuesday.

Please share that our guides exist; so people don’t find out, when the timescale for appeal has gone, that they actually did have an arguable case!