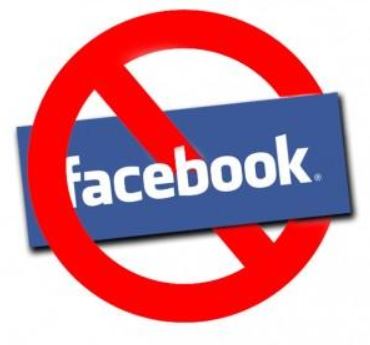 It’s sadly too common to see people posting information about their cases online. Why is it sad? It carries an unnecessary risk, can damage their chances in court, and can later cause them considerable problems. There are other reasons but if these don’t hit home, others are probably unlikely to be heeded.

Occasionally, we have to ask people not to post information about their case on our social media web pages. Some people understand once we explain, while others accuse us of “protecting the system” and carry on, getting angrier and angrier, and we have to delete their posts and then ban them. This doesn’t mean we’re unsympathetic with their circumstances, or don’t understand the trauma caused when people are stopped from seeing their children. We’re not protecting ‘the system’, we’re protecting them and others who may copy what they’re doing.

We can’t however let there be an impression that talking about your case on social media is ‘ok’. It is not, and it carries a real risk.

How the law stands today

Firstly, it’s worth explaining the law on confidentiality and family law proceedings. You’ll probably have read about ‘the secret family courts’. Yes, proceedings are done in private, and the law states you’re not allowed to discuss details of your case, judgments, or court orders if doing so might identify your child as being involved in family law proceedings. Posts by a parent, about their case, can be used to identify their child and especially when the parent posts under their own name, or with a photo on their profile of them and/or their child.

The reason why family law proceedings are private is to protect children from the embarrassment of having mum and dad’s warfare being visible to friends, school friends and people in their community.

For reference, the parts of the law which prohibit such postings are Section 97 of the Children Act 1989 and Family Procedure Rules 12.73 and 12.75. More on confidentiality and who you can and can’t discuss details of your case with, are explained in our Courts and Confidentiality Guide.

There is talk about making the courts more open, but at the moment, this is merely a discussion. The law has not changed.

What are the risks?

Firstly, the risk of discovery is high and especially if you’re involved in an acrimonious separation. Not everyone out there has your best interests at heart, or is sympathetic. When you post in the public domain, your posts can be easily discovered via Facebook or Google searches (or similar). Some litigants, and legal advisers, will head straight to your social media pages to check what you’re writing, and if you discuss your case, make unfavourable comments about your ex, CAFCASS Officers or the Judge, they’ll do screen prints and then include this in evidence. Even in private discussion groups, it’s not unknown to have an ex-partner also join that group under a different name.

The evidence they gather can then be used to imply (or confirm) that you won’t comply with the law (after all, you’re discussing your case in public), you’re aggressive, untrustworthy, and/or threatening. You denigrate their character in public. You’re not thinking about the impact on your child. Essentially, you’ve handed evidence to use against you to your ex and their legal team… on a plate! It’s fair to say, that’s a very, very stupid thing to do. Even if your profile is private, you’ve still made your comments public, since by posting you’ve shared your comments with a corporation, and you’ve given up copyright to those comments (on most social media sites).

At best, you’ll get your wrist slapped. At worst you could be sent to prison for contempt of court, or find injunctions made against you. Those injunctions might then be used to enable your ex-partner to secure legal aid, meaning they get free legal representation while you don’t. Also, people are human, even judges and CAFCASS Officers, and like you, when they see criticism of themselves or their organisation on social media (or plain insulting language), they don’t like it. You may have just caused that person, that important person deciding your and your child’s future, to become biased against you. Was that wise? Of course not. Again, you’ve damaged your own case.

If you’ve said silly things, in the heat of the moment, or made comments which could be misread as threatening, you might see any prospect of direct contact stopped. The argument ‘I didn’t think’ or ‘I was being emotional’ may not help you. The counter argument that you can’t control your emotions is then another hurdle for you to overcome in court. At the very best, people will think you foolish, and of putting your emotions before your child’s best interests. This is not a place you want to be.

While understanding that people should have a right to protest or ask for advice, there are ways to do this without running the above risks.

Get your emotions under control, get counseling if you need help to do so, and THINK!

Ways to protect yourself

There is nothing to stop you setting up a profile under a pseudonym (a different name). Never use your own or your child’s name when asking for advice on the internet. Do not disclose details of your case which can identify your child. Don’t divulge details of individuals included in your case, place names, or similar information. Don’t say you were at ‘such and such a court’ on a given date.

Link your pseudonym to a hotmail account set up specifically for that pseudonym e.g. joe.bloggs@hotmail.com.

Don’t ask on social media pages if you can email people privately to tell them details of your case. In doing so, you’ve just said, publicly, that you want to break the law.

You can ask for advice on discussion forums. The charity Families Need Fathers has one, and Dame Elizabeth Butler-Sloss (the past President of the Family Court) spoke positively about how it helps parents. It’s known and accepted that people do. Make sure if you do go on any forum, you don’t take advice at face value. If you’re getting advice from angry people who’ve lost their cases, are these the best ones to seek advice from? Again, think!

If you hear ‘you can’t get a good outcome from the family court‘, or if you read all CAFCASS Officers, Social Workers and Judges are ‘corrupt and/or evil’, find somewhere else for advice. Sweeping statements come from people who are emotional rather than objective. You will never know why they formed that bad impression unless you were sat in court with them throughout proceedings and had sight of all evidence.

If you’re asked to speak on the radio, ask for your name to be changed to protect yourself and your child’s identity. Don’t use your child’s real name. Journalists sometimes aren’t aware of the legal requirements for confidentiality and we often have to remind them (yes, even BBC journalists). You might also ask for an actor to appear for you, recounting your story. If you appear on TV, don’t have your face shown and again, make sure a pseudonym is used. Put in writing to the journalist who contacts you that your name must be changed, and no information which might identify your child can be used. Say this is a legal requirement. Cover yourself and show that you did everything to ensure you complied with the law.

It’s good that the public learns of what happens in court, including when things go wrong or aren’t done as they should be, but there are ways to do this which exclude risk to yourself. That’s just a sensible thing to do.

Remember too, you’re protecting your child by doing this, from social embarrassment, ridicule from their friends, and emotional harm from hearing about their parents’ antipathy towards one another.

We’re not against protesting and calling for change and improvements to family law. Far from it. We’ve campaigned ourselves, led the campaign to reform relocation related family law, supported calls for a presumption of shared parenting, campaigned on kinship care, and will be critical when problems exist, as we were in out Gender Bias piece last week. To make our position clear, we’re not pro-mother or pro-father. We believe in shared parenting, and believe this the best outcome for children, post-separation (which child welfare research overwhelmingly supports).

Speaking on our own Social Media Pages

Our social media pages are not public support forums. Others provide forums to give one-to-one support, while we do not have the resources to do this as we focus on giving in-depth information which assists those giving advice on forums as well as to parents directly. No-one else goes into the depth we do, and we’d rather focus on doing one thing well than spread ourselves too thin. There are not enough hours in the day.

If you post information about your case on our social media pages, even when using a pseudonym, we’ll delete your comments. Why? Firstly, we’re cautious and can’t be sure the person has anonymised their name. Secondly, there is a risk others will assume it is fine to discuss their case details online. It implies we accept it is fine, when it is not, or condoned it when we do not. If we delete the comment and you come back and do it again, we will have to block you from the page. We don’t want to do this, but at least you now know why we do.