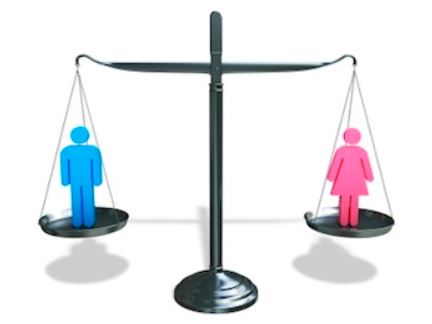 On Monday, I read John Bolch’s blog, where he disagrees with views that the family courts are biased against fathers. I’m going to be somewhat more cautious than John, and continue the exercise delving into why the perception of bias exists, whether there is justification for that belief, and whether other factors are involved which lead people to believe they’ve been treated unfairly.

Is ‘the law’ biased against fathers?

In the past week I’ve seen a case where a welfare report has been ordered on the issue of parental responsibility for the father, despite parentage not being in dispute and there being no welfare concerns (other than the mother being opposed). Would it be fair to ask why one biological parent automatically has PR in such circumstances, and why a welfare report needs to be prepared before PR is granted for the other? I’d say so. Should we get too worked up? Probably not, as I don’t doubt the father will be granted PR at the final hearing. It does however seem that both he and the State are being put to unnecessary expense due to protracted proceedings about something which should ‘be a given’.

To put matters on an ‘equal’ footing, PR would be granted automatically where the issue of parentage was not in dispute. Were there welfare concerns, PR might be limited by a prohibited steps or specific issue order. Outside of this, I’d accept John Bolch’s opinion that there is no bias in statute (legislation) in favour of either heterosexual parent. The law surrounding LGBT parents is a little more complex, and for another day.

Then there is the matter of how the law is applied.

Is there gender bias in how the law is applied?

2007 research from the Equalities Commission confirmed that childcare in ‘intact’ households was shared almost equally between mums and dads. The daily time difference being only 15 minutes per day. Despite this, the majority of orders made today still grant sole residence to the mother, and contact to the father (albeit in the more long-winded words included in the new child arrangements order). I’d disagree with John’s assertion that outcomes in court reflect societal norms today. They tend to lag a few years behind, but have improved from what they were ten years ago in terms of recognising the importance of both parents as a factor in child welfare.

I also wouldn’t accept the view put forward by some that the family court is biased as a whole. Somewhere between the two extremes, you get a more realistic picture. It is fair to say we have moved beyond the times when a judge might say “I don’t understand why a father would want to be involved in their child’s nursery education” or view a father who wants to see their child for more than two hours a fortnight as possessive (go back a few years, and yes, it did happen). There was good reason why some protested.

In my experience, there’s less gender bias than there was, but it crops up. Bias tends to be more subtle these days, albeit on occasion, faux sociological and psychological beliefs muddy the water. It’s only last year that we had the media ‘hoo-hah’ where Penelope Leach, a retired British Psychologist, wrote that under fours/fives should not have overnights with their fathers as it could cause them psychological harm. The worrying part was that her book was endorsed by a lobbying group which included expert witnesses who work in the family court. The following radio interview shows how easily such nonsense can be argued against, but only when people have the necessary knowledge. In that interview, Jeff Botterill of Family Law Decisions has the necessary knowledge, and the research he quotes debunks Penelope Leach’s claims (the research upon which Jeff Botterill relies can be downloaded via the following link – Warshak-Social Science and Parenting Plans for Young Children 2014).

Would you be likely to hear it argued in court that overnights for under an under four or five year old was unsuitable and a ‘brain damaging experience’? No. Would you hear it argued that a child under 12 months old was ‘too young’ to spend a night away from mum. Yes… it happens (depending on the judge/welfare officer involved). When you counter with questions such as “Would you accept a female police officer who works night shifts having Grandma care for her baby?” or “Is it normal for new mums to have their child stay with Grandma for a night so she can have a night off or a night out?” you expose flawed logic and gender bias. “What is the difference, in principle, with the child staying with their biological father?” Suddenly, the caution looks rather silly.

What happens to litigants who don’t raise those simple, challenging questions? They fail to secure overnights, and both they and their child miss out on that important, early years, bonding experience.

There remains the question as to why some courts rarely award shared living arrangements in family proceedings, when the research shows that, not only is it good for children, but it maintains the status quo which existed for most children prior to separation (as research confirms). Perhaps one reason is that there’s also an ideological view, as expressed by Dame Elizabeth Butler-Sloss (a previous President of the Family Division of the Court), that children need one home. Again, the vast majority of research debunks this myth. Why don’t some courts award midweek parenting time for a non-resident parent, while others routinely do? Research shows that most children thrive under post separation, shared care arrangements. Don’t take my word for it. You can look at Warshak’s research paper which we linked earlier (backed by 109 other child experts), or work by Daniel Nettle of Newcastle University, or papers from Eirini Flouri and Ann Buchanan of Oxford University, or Robert Bauserman, or various others. In 2007, UNICEF published research which found the happiest children in the developed world lived in countries where there was a post-separation presumption of shared residence (the countries in the top three spots in the league table have such a presumption). Where did the UK languish in comparison? Last.

Perhaps the most progressive step the courts could take would be to mirror what has happened in legislation, and take the gender out of family law entirely. Are the courts deliberately biased? I don’t think so, yet bias still remains. Can outcomes be governed by convention and expectation as much as the specific circumstances of the case? If we’re being honest… yes. This is why you get get very different outcomes in near identical cases, and in different court regions.

John Bolch raises a further question, as to why both fathers and increasingly mothers are complaining at bias in the family court.

What are the other causes of perceived bias?

There is another reason for perceptions of bias. The litigant being ill-equipped to deal with a legal system geared toward advocacy. This affects both mothers and fathers today, equally, and has become more of an issue following the abolition of legal aid.

Some judges are very good at making allowances for such difficulties. Some play a much greater inquisitorial role in proceedings, drawing out evidence from the garbled mess that the litigant has presented. I remember one case where a litigant had entered a 200 page statement, and the interim hearings had gone badly for him. For three years he’d only seen his child in a contact centre, despite there being no welfare concerns. I was asked to help. Reading the statement (which took some time), and buried in it, I found supervised contact reports which showed extremely positive contact. The rest was fluff and unnecessary, and needed stripping away to two central questions “is contact positive for the child?” and “is there any reason why matters should not progress to unsupervised overnights?”. The answers were yes to the first, no to the second, and evidence clearly supported those findings. The problem was, few judges would read through a 200 page statement. A fortnight later, with some vicious pruning, the child was asleep at the father’s house.

… one party is likely to leave court feeling they went unheard, the system was ‘stacked against them’, and they were treated unfairly.

It’s not at all uncommon to find parents’ positions and allegations are based on anxiety. Another reason why, sometimes, parents leave courts frustrated that the court does not share their concerns. The words ‘is it a real risk’ sometimes fail to penetrate through unreasonably held opinions.

It’s not enough to say bias doesn’t exist. We must look at why the perception of bias is there, whether there is any justification for it, and what can be done, reasonably, to address that. People need faith in the law. Society depends upon it.

For the parent in court today

First of all, don’t panic. If you stay calm, put forward reasonable proposals, and ensure your proposals are based upon your child’s needs you shouldn’t come out too badly. Keep to the important points, don’t be unnecessarily combative, don’t be aggressive and don’t make false allegations.

Avoid the common pitfalls. Judges prefer to see reasonable people than angry and emotional ones. Don’t overload statements with repetition and irrelevant matters. Decide upon what you believe to be a fair outcome, and then be prepared to compromise during proceedings where the compromise is reasonable. If the other side is aggressive in court, don’t copy them. Remain reasonable and calm. Don’t go into court expecting bias, but if it crops up, challenge it in a reasonable way. If you go into court saying you want 50% of your child’s time, without reasoning out why (beyond some notion of equality), you’re going to struggle. If, however, you explain why the time you’re asking for is in your child’s best interests, and put this in context of arrangements which existed prior to separation, and also the activities you support your child in, then the court is more likely to listen.

I can reassure you that, despite fears, there are very good judges, professional social workers and helpful CAFCASS officers. We see far more good judgments than bad. Far more people leaving courts feeling they got a ‘reasonable’ outcome than did before. That said, it can be a bruising and long-winded process, so make sure you have emotional support, and seek counseling if you need help with managing the stress.

Start here… ABC – Attitude, Behaviour and Conduct and our guides on court process will help you further.