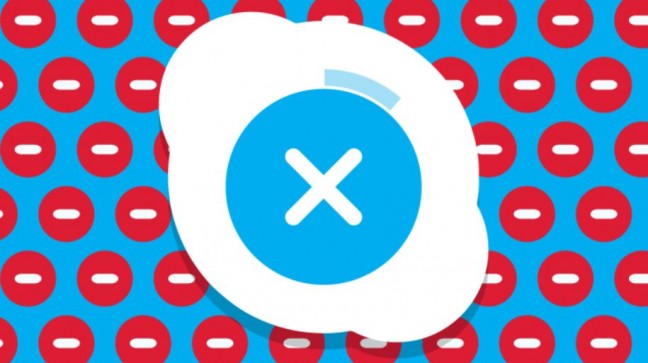 This morning I recorded an interview with the BBC World Service on ‘virtual’ or internet based contact. A parent who had spoken earlier in the programme had given examples of how his ex-partner frustrates Skype contact. It is not uncommon. It is however possible to gather evidence of the problems experienced if you intend heading to court for enforcement. The interview wasn’t long enough to raise the following suggestions in relation to gathering evidence, so I have included this here. I’ll post links to the World Service interview when I have the airing date confirmed.

Examples of deliberate interference with Skype/Facetime contact raised by the interviewed parent included:

I spoke of children being tickled, led out of the room, screens and webcams being pointed at blank walls, or when on a laptop, the laptop being closed by the other parent part way through a conversation. These being further examples of unpleasant game playing which gets reported to me.

For the video guide built into our Family Law App, we made use of screen capture video software. It’s inexpensive, costing (from memory) £13. The name of the software we use is litecam HD. I’m sure alternatives exist, but it is easy to use. An example of how it looks, when running, is provided in the image below. When you open Skype, open litecam, and stretch the capture screen over the video image of what ‘should’ be your child. Then just hit the record button when you start chatting. Once finished, hit the end recording button, and then you’ll have an option to save the video file. You have evidence of any ‘messing about’. 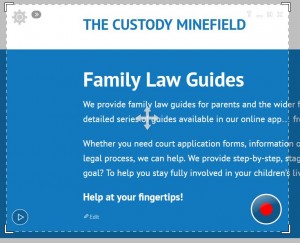 You would need to ask the court’s explicit consent to enter video evidence into proceedings, should interference with contact be to the extent that an application for enforcement is necessary. This can be done at the First Hearing and Dispute Resolution Appointment, or via a position statement, filed at the time of the application. If you go for the latter option, take your laptop with you to court, albeit if the judge does decide to accept video evidence, showing the video may happen at a future hearing. If a welfare report is ordered by the court, when you meet the CAFCASS Officer, ask to show them the video, but again first, you should raise with the court your wish that it be entered into proceedings as evidence.

At the time of making the request, briefly summarise what the video will show to explain its relevance to proceedings e.g. “the video records the camera being pointed at the ceiling, my child being deliberately distracted, the volume on the television being so loud as to make communication impossible.”

If you do not have a laptop, save the files onto a memory stick, and ask that the court to direct that CAFCASS (the court welfare service) view and report on the contents of the video files as part of a welfare investigation. Again, raise this in a position statement.

While I’m not a great fan of recording phone calls, and believe it can make parents appear paranoid or controlling, if Skype contact is regularly being seriously interfered with, the option of gathering evidence should be considered. This is one way of doing so, and unobtrusively. Be aware that, in relation to recordings of conversations with adults (such as your ex), objections may be raised regarding your not having informed them they were being recorded.

If the other party objects to your entering in recordings of Skype conversations with your child, you may argue you do not believe the matter can be fairly heard if the evidence is not considered. Bear in mind, there may be a counter objection that the showing of the video amounts to a breach of a right to privacy. The judge may be pragmatic, but remember decisions about allowing parties to enter evidence is at the court’s discretion.

Please refer to the following guides for more information: