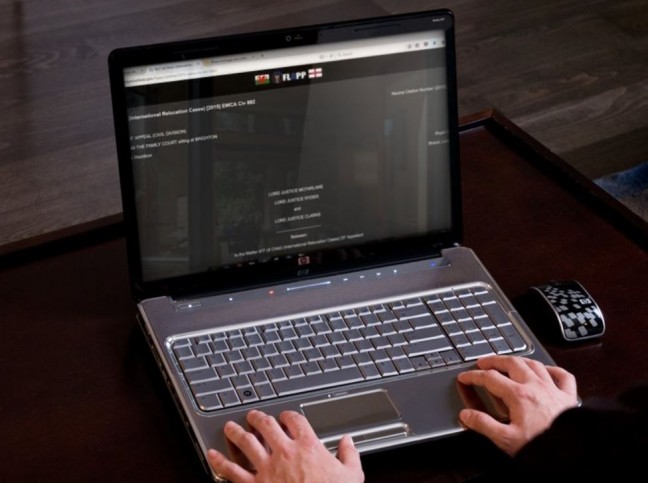 In August, Lord Justice Ryder handed down judgment in a case which involved leave to remove.

In 2011, the court of appeal reviewed the relevance and application of guidance from the case Payne v Payne [2001] EWCA Civ 166, also giving clarification as to whether the guidance in Payne was binding precedent. It is not, and apparently never was (we disagree, but were happy with the ruling!). Concern existed that the guidance in Payne was adult-centric, putting the relocating parent’s interests before that of the child. The Custody Minefield led the campaign for a review of Payne from 2009 with the support of Sir Bob Geldof and various charities.

The ruling in K (Children) [2011] EWCA Civ 793 held that the only point of principle from Payne was that a the child’s best interests were the court’s paramount consideration.

Paragraph 41 of the Payne judgment had caused particularly difficult in that Thorpe LJ had said that great weight must be afforded to the emotional and psychological well-being of the primary carer (the relocating parent). This led to a common tactic for relocating parents where they or their counsel would utter that if the court refused their application they would be devastated. The tactic was known as the ‘distress argument’ and in was the trump card in relocation proceedings. Sadly, the consequence was that statutory welfare considerations (set out at section 1(3) of the Children Act 1989) became of secondary importance. The Court of Appeal since 2011 has formally corrected this position.

Ryder’s judgment in Re F (A Child) (International Relocation Cases) [2015] EWCA Civ 882 makes clear that selective or partial legal citations taken from Payne in support of legal argument or judgment is likely to be regarded as an error in law:

“27. Selective or partial legal citation from Payne without any wider legal analysis is likely to be regarded as an error of law. In particular, a judgment that not only focuses solely on Payne, but also compounds that error by only referring to the four point ‘discipline’ set out by Thorpe LJ at paragraph [40] of his judgment in Payne is likely to be wholly wrong. There are no quick fixes to be had in these important and complicated cases; the paragraph [40] ‘discipline’ in Payne may, or may not, be of assistance to a judge on the facts of any particular case (whether there is a ‘primary carer’ or not) in marshalling his or her analysis of the evidence prior to the all important analysis of the child’s welfare.”

Ryder’s comments at paragraph 18 will also be of particular interest, which confirm that gender based assumptions have no place in family law:

“18. Furthermore, in the decade or more since Payne it would seem odd indeed for this court to use guidance which out of the context which was intended is redolent with gender based assumptions as to the role and relationships of parents with a child. Likewise, the absence of any emphasis on the child’s wishes and feelings or to take the question one step back, the child’s participation in the decision making process, is stark. The questions identified in Payne may or may not be relevant on the facts of an individual case and the court will be better placed if it concentrates not on assumptions or preconceptions but on the statutory welfare question which is before it, to which I will return in due course.”

If we were to utter an informal opinion as to the Court of Appeal’s clarification on these points, it would best be expressed as “yay”.

If you’re interested in our role in the reform of relocation related law, read here.