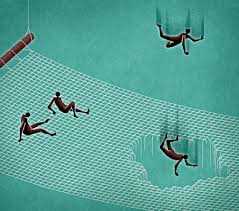 Today I’ve learned of another case where matters are being heard by the wrong level of judiciary, with those hearing the case making questionable case management decisions. This article is provided to remind people (or make them aware of) the Allocation and Gatekeeping Guidance that governs which level of court should hear family law cases involving complexity. That guidance is a safety net to ensure cases are heard properly.

Where cases are complex, those deciding and investigating matters need the relevant level of experience. Experience ensures adequate evidence is collated to ensure the parties (and children) have a fair hearing. Without this, the prospects for a just outcome (and one which ensures children’s welfare needs are met) is put at risk. Without this, there is the risk that the court fails to consider appropriate evidence.

When fewer parents were unrepresented, risks of the court being unaware of guidance, case law and procedure rules was mitigated by counsel bringing these matters to the court’s attention. Part of the role of counsel is to inform the judge of the law. In their absence, the untrained, inexperienced litigant-in-person sometimes has to step into that role, or risk catastrophe. With legal aid gone, there are fewer trained advisers informing the court.

I received a call today from a journalist to discuss suicide risks for separating parents. The risk of depression, self-harm and suicide are exacerbated when parents feel helpless and powerless. Where there is knowledge of court process and developments in common law, better outcomes are more likely, and the feeling of powerlessness reduces. Inevitably, so too does the risk of long term depression and suicide. The reverse is also true.

A case in point

Shortly after the conversation came another phone call about a case where there is a significant failure in judicial gatekeeping. In that case, magistrates lack the experience to deal with its complexity, are not following judicial gatekeeping guidance, and their decisions on investigative reporting are deeply worrying. It’s a case where:

We had received a call on this case from a charity support worker, and had provided information on gatekeeping to assist. The non-resident parent (who is unrepresented) duly asked that the matter be transferred to a more senior level of judge. This request was made in accordance with the April 2014 Allocation and Gatekeeping Guidance, and the parent referred the magistrates to Family Proceedings Rule 29.19 (which permits such a request).

The magistrates, when presented with the gatekeeping guidance, did acknowledge the case met the criteria for transfer, but stated they still felt they had the capability to hear matters and a transfer was refused.

We’ve suggested the father appeal, since the complexity of the case and severity of outcome merit the matter being heard by a more senior and experienced District Judge, if not a Circuit Judge. Frankly, the decision to ask someone from a support charity to report on the psychological impact of contact upon the child (when no contact is being considered) is deeply worrying. Allegations are common in family proceedings, and must be adequately investigated by those with sufficient qualifications, experience and impartiality. The judicial allocation and gatekeeping guidance is clear as to what level of judge should hear certain cases. In this one, it is clearly not lay magistrates.

To clarify the guidance, a District Judge (or in cases of complexity a Circuit Judge), should hear cases involving:

To our mind, the first two criteria clearly apply, and the fourth should, due to the matters at hand. The guidance comes from Part 1 of the Schedule to the Allocation and Gatekeeping Guidance ‐ Private Law [April 2014]. Can you expect most litigants-in-person to be aware of this guidance when the court is not? Hardly… but we include it within our guides because when judiciary lack sufficient experience, fair outcomes are harder to achieve.

Guidance on the Appointment of Children’s Guardians

A children’s guardian should be an experienced and qualified social worker, and the court should not be inviting some untrained member of a gender based support organisation to carry out investigative activities better suited to an experienced, impartial guardian or social worker. It may be, if there’s to be consideration of the psychological impact of contact if allegations are found to be true, that expert opinion might need to be sought from a child psychologist.

An isolated incident? No

This isn’t the first failure in gatekeeping I’ve heard of this year. It’s not that long ago since I heard of a leave to remove case also being heard by magistrates. What happens when a litigant-in-person is steamrollered by the court, and lacks information to support arguments to have their case adequately heard? They feel powerless. The possibility of a miscarriage of justice increases, and the chance of depression, self-harm and suicide become more possible. I explained to the journalist that when litigants have information, their prospects for a fair outcome are usually quite good. Things aren’t hopeless as some suggest. Cases like this one however highlight that the court system still has failings and those failings can only be challenged where the litigant is knowledgeable, or has access to information which empowers them to challenge poor case management decisions. The safety net has holes.

Parents and lay advisers need to be aware of the Judicial Allocation and Gatekeeping Guidance. Also guidance on the appointment of a Guardian-ad-Litem (children’s guardian) where contact has ceased and the appointment of a guardian can assist in more detailed investigation and representation of the children’s best interests. At worst, you might end up with counsel in court advising the court as to how cases should be handled and of guidance which the court should be mindful of. At best, a guardian whose reporting gets to the facts, with clarity. Trust me, it may not be universal, but it does happen and I see some remarkably good and fair reports from guardians.

If you believe the wrong level of court is hearing your case, refer to (and put forward) the gatekeeping guidance and ask for the decision on gatekeeping to be reviewed. Consider an appeal if refused. If there is an intractable dispute over contact and serious allegations, do consider pressing for a children’s guardian to be appointed.

In the above case, the father (and court!) need to aware of case law relating to circumstances where the court is considering an order for no contact. We’ve guides on our site on all of these matters, as sometimes, the court fails in its duty to conduct case management properly. The upper courts repeatedly send out messages that the courts must leave no stone unturned. Occasionally in the lower court, those stones are gathering moss.

Parents need also be aware of, and make the court aware of, the current President of the Family Court’s guidance in relation to contact. Taken from Re C (A Child) (Suspension of Contact) [2011] EWCA Civ 521:

False allegations are commonplace in family proceedings, as are incidents of domestic violence. To unravel the mystery of which has occurred requires professional handling of cases. Sometimes, to secure that professional handling, you need to be aware of the rules that the court should be following. To be falsely accused, and have the legal system fail you, is unacceptable. Arm yourself with knowledge, and there is hope.